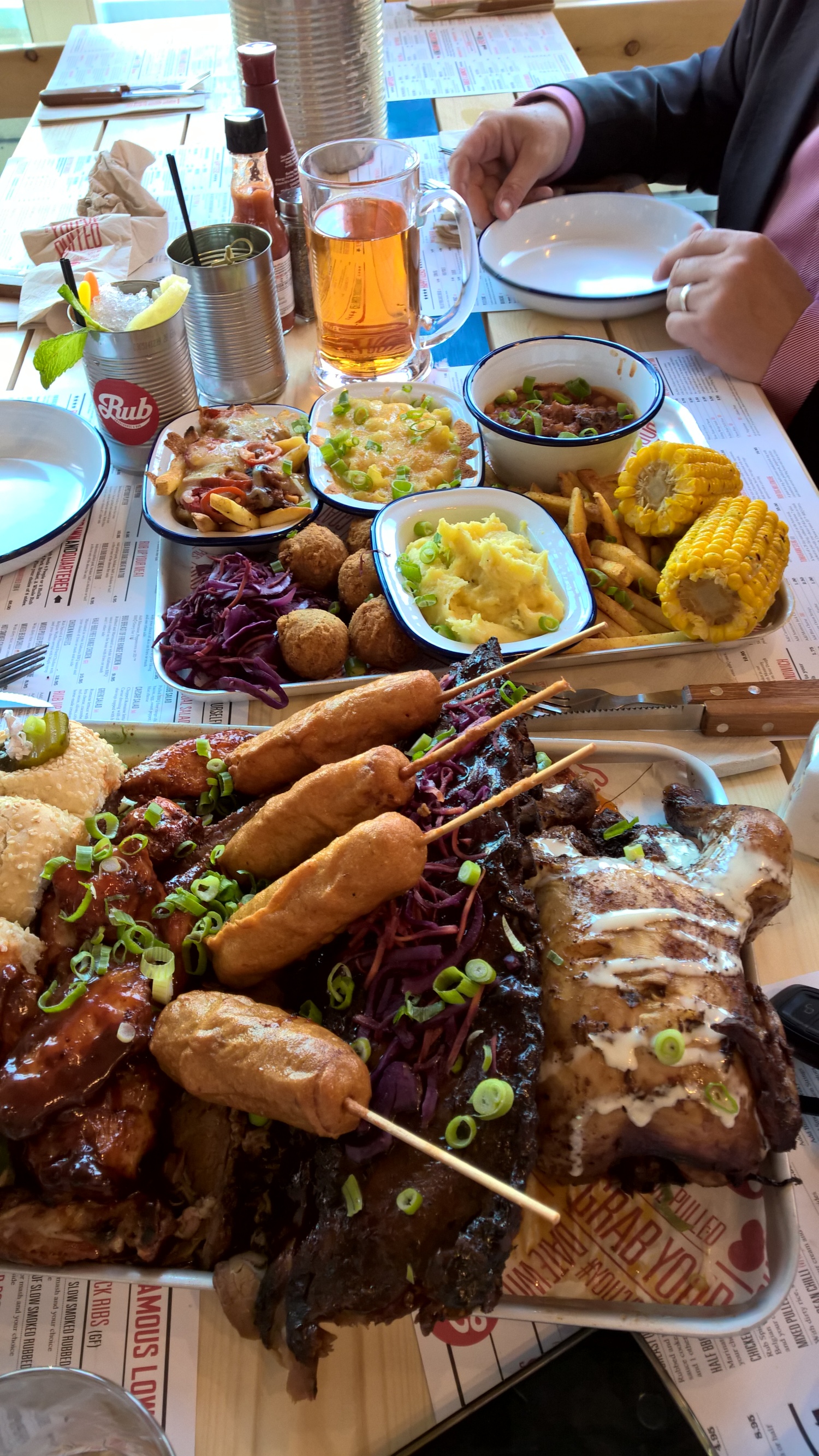 All of these are promised with the opening of the new Rub Smokehouse and Bar in Birmingham. I was invited to their launch party last night, alongside the likes of celebrity chef Aktar Islam, Free Radio presenters Dan Morrissey and Andy Goulding and a whole crowd of hungry foodies. 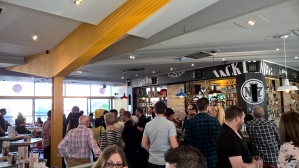 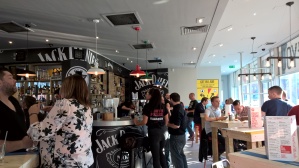 Formerly the, frankly a bit rubbish, Duelling Pianos, Rub Smokehouse occupies the long empty Unit 4 of Regency Wharf, Broad Street, but unlike its predecessor, Rub has arrived with a bang. As well as a substantial social media presence, Rub’s quirky, in your face branding is easy to spot from the street, and as you walk in, you start to get a flavour of this fun new brand. Astro turf adorns the floor in the lift,  unapologetic Jack Daniels branding surrounds the bar, and in the dining room there’s a giant traffic light on one wall and a huge Brooklyn Brewery mural on the opposite one. 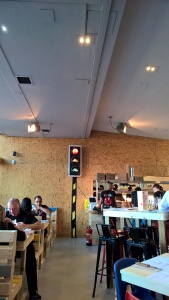 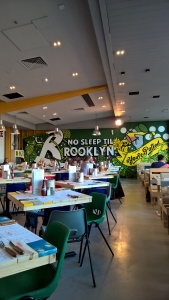 After swiftly being offered a drink and receiving a cold pint of Samuel Adams, I found my way to a seat with some colleagues. 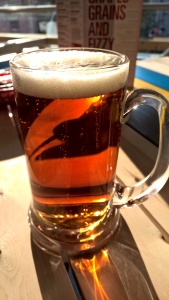 The raw finish on the wooden benches makes them look like pallets and all added to the casual, American diner feel. The staff were very attentive, constantly stopping by to offer us fresh drinks as our glasses emptied and it wasn’t long before the owner got the party started with an impromptu singalong!

Despite his crooning to Queen, dancing on the bar and performing with a pair of crutches he commandeered from another guest, the real star of this show was the food. There were 5 in my group and we had the Hung, Drawn & Quatered platter. Made for 4 to share, this behemoth came with a whole smoked chicken, whole rack of ribs, pulled pork, beef brisket, sliders, corn dogs and chicken wings. 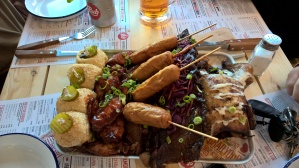 And as if that wasn’t enough, we had a platter of sides including chilli chees fries, corn on the cob, mac & cheese and cheddar mash too.

Alongside being a massive portion size, the food was presented brilliantly and the flavour was like nothing else I’ve had in a Birmingham restaurant. Putting the likes of Coast2Coast across the road to shame, Rub Smokehouse is all about authenticity. Our waitress assured us that every ingredient is totally fresh, nothing is frozen, ever, and all of their meat is smoked low and slow overnight for flavour. They even make their own barbecue sauce that they plan on bottling and selling.

She wasn’t wrong about the flavour either, as each one of the meats packed their own punch of deliciousness. The pulled pork was tangy and sweet with a hint of heat, the beef brisket was meltingly tender and wonderfully smoky, the chicken wings were spicy and sweet and the smoked chicken had a subtle smokiness that complimented the delicate meat, which wasn’t dry at all. The sliders were dense and meaty and the corndogs were good, but I would have preferred the batter a little crispier.

Even the sides in this place can hold their own, with rich, indulgent, creamy mac & cheese topped with fresh spring onions, cloud-like mashed potato and chargilled corn. 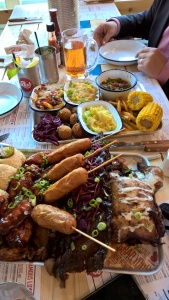 Despite there being 5 of us, we still couldn’t finish this mammoth portion, although we did do pretty well! One look at the dessert menu though and we just had to get something. We enviously looked on as the entire staff conga’d around the restaurant chanting ‘Kitchen sink! Kitchen sink!’ as some brave souls ordered the flagship dessert, adorned with sparklers, but even though it looked fabulous we just couldn’t face something that big! We went for a selection of the brownies instead. It was a wise choice. These brownies were crisp on the top, oozingly gooey in the middle and came in a whole range of flavours including blondies, chocolate & hazelnut and ‘Slutty Jaffa Cake!’

They even served Mountain Dew, so me and my fellow designated drivers had a can of the luminous green goodness to see us off after we’d eaten.

With its party feel and fun loving staff team, Rub Smokehouse is ideal to get the night started with a hearty meal and some stunning looking cocktais. This place is a great addition to Birmingham offering something unique to the restaurant scene, with the kind of dishes we’re often only treated to at Street Food events. I am definitely going to be back with friends very soon.

See you there!
Cx

Rub Smokehouse Birmingham officially opens on July 22nd at Regents Wharf, Broad Street. If you can’t wait that long, you can also find them on Adams Walk, Fletcher Gate, Nottingham. Booking in advance is adviseable!

If you’re lucky enough to live or work in central Nottingham you can also order from Rub Smokehouse on Deliveroo.