As I’m typing this I still can’t get over the fact that it’s the 10th of March already! 2016 so far has flown by and seems to be continuing at breakneck speed.

February turned out to be busier than I expected, so here’s my round up of my favourite things I’ve eaten in the last month.

If you’ve read my blog before, you’ll know I love Spanish food and I love gin. Amantia combines both of these things in a gorgeous setting in central Birmingham. I went there for dinner with one of my closest friends in February and we had a fantastic time.

I was hugely impressed with their range of G&T’s, including some Mediterranean favourites like Gin Mare, which I haven’t had since my last holiday. Their house G&T’s are impressive too, coming in strawberry, mandarin and chocolate flavour, which is a completely unique twist!

As for the food, this is authentic tapas from a Spanish family who know exactly what they’re doing. Every dish is beautiful, packed with flavour and real Spanish ingredients.

Despite my love of their chorizo al vino, the star dish of the night was the pulpo a la gallega, or Galician octopus with paprika, olive oil and potatoes. It was hands down one of the best seafood dishes I’ve eaten, it took me right back to balmy nights in Spain and I literally ate every morsel! 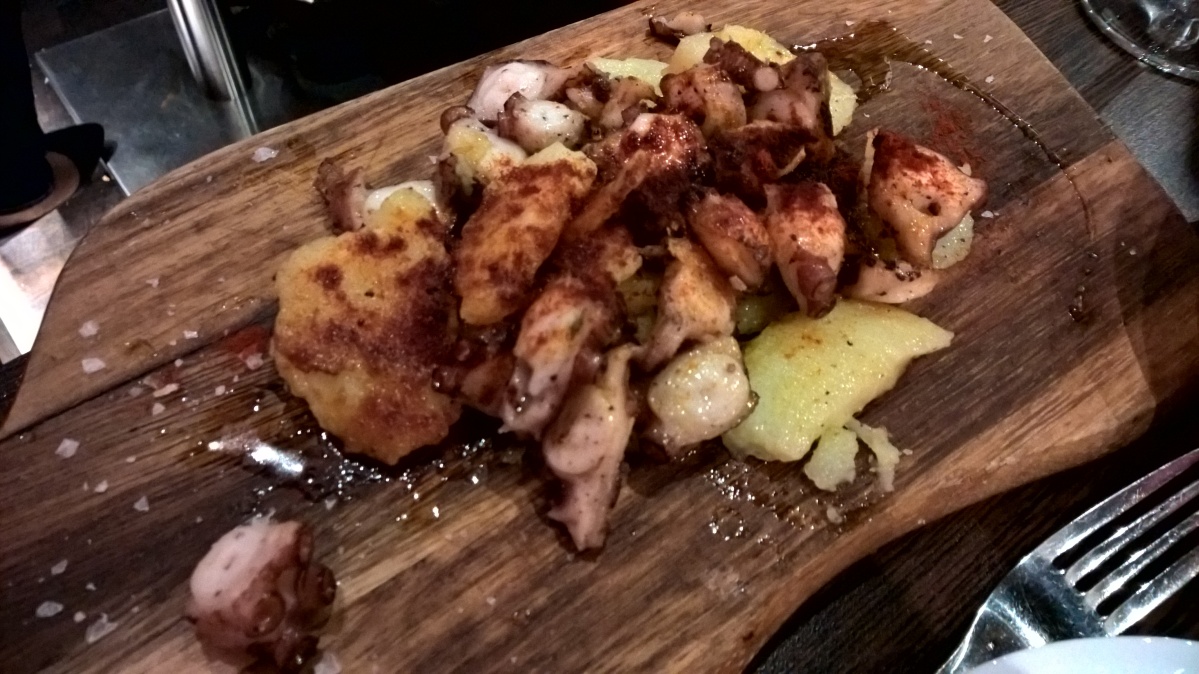 If you love authentic Spanish food, you will most certainly love Amantia, but be sure to book a table as it gets full!

There have been many murmerings about Bourne & Co recently, with many local bloggers posting about the place. I was late to the party, but it was so worth the wait. Situated on Suffolk Street Queensway, very close to Island Bar (which has a special place in my heart), it doesn’t look much from the outside, but when you get in there it has a great vibe.

It’s dark inside. So dark my friend and I had to use the torch on her phone to read the menu (!) but it’s glamorous in a pared back way and the service is impeccable. They only offer table service, so there’s no squabbling and elbowing to get to the bar, which makes it very relaxed, and when they’re full, they’re full, so it never gets overcrowded with people loitering in the doorway waiting for a table.

The cocktail menu itself is small but well-formed, with some classics and some homemade recipes. The Singapore Sling is very sweet, but also extremely moreish, and their take on a Whisky sour is exceptional. The staff are so confident in recommending things from the menu and the bar that it wouldn’t surprise me if they could make a brilliant cocktail off-menu too.

We spent hours just drinking and chatting there, finishing our experience with some Japanese whisky recommended to us by our waiter. I will most certainly be going back to Bourne & Co, hopefully before it gets so popular that I can’t get a table!

After a night on cocktails and whisky, a great breakfast is a must. I have been frequenting Yorks Bakery Cafe for a while now (their Jasmine Dragon Pearl tea is heavenly) but I finally got to appreciate their breakfast menu when I took a friend there recently.

As well as being in a perfect location a stones throw from New Street, the interior is bright and airy, the staff are friendly and the food and drink selection has everything you could want at 8am.

I was tempted by the Arabian Buttered Eggs but I decided to go for the Shakshuka and I was so pleased I did, because it was absolutely delicious.

This dish had everything. A rich tomato sauce, smoky paprika flavour, perfectly poached eggs, warm, fresh bread and a huge portion size. Despite my dining partner having his own breakfast, this Shakshuka was so good we ended up sharing it just so he could get a taste!

I don’t like to make big sweeping statements, but I think this could be my favourite breakfast spot in Birmingham. High praise indeed.

I was treated to lunch at Miller & Carter in the Mailbox by some colleagues in February. 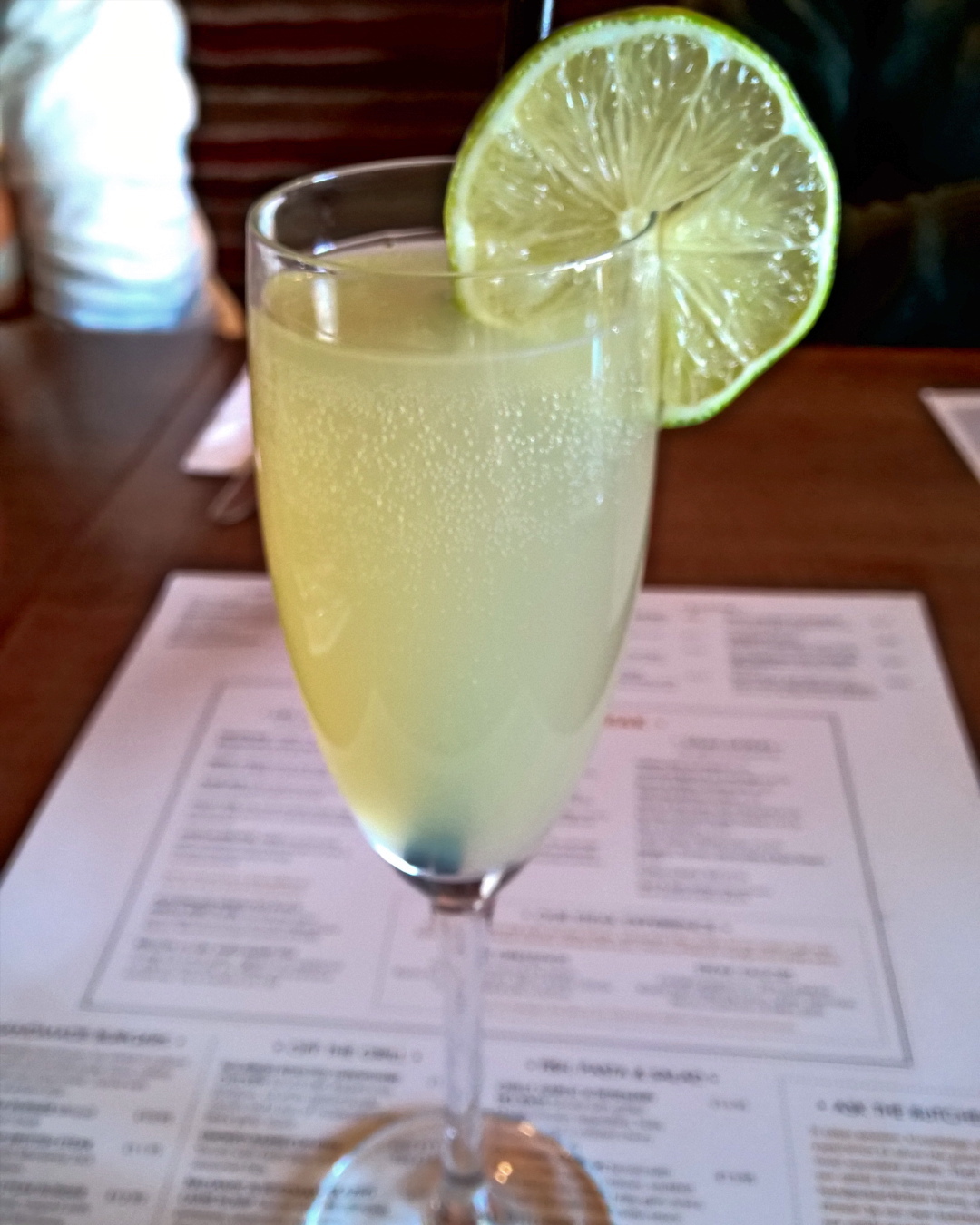 Luckily for me, it was a no expenses spared affair, so of course I had to have a steak! 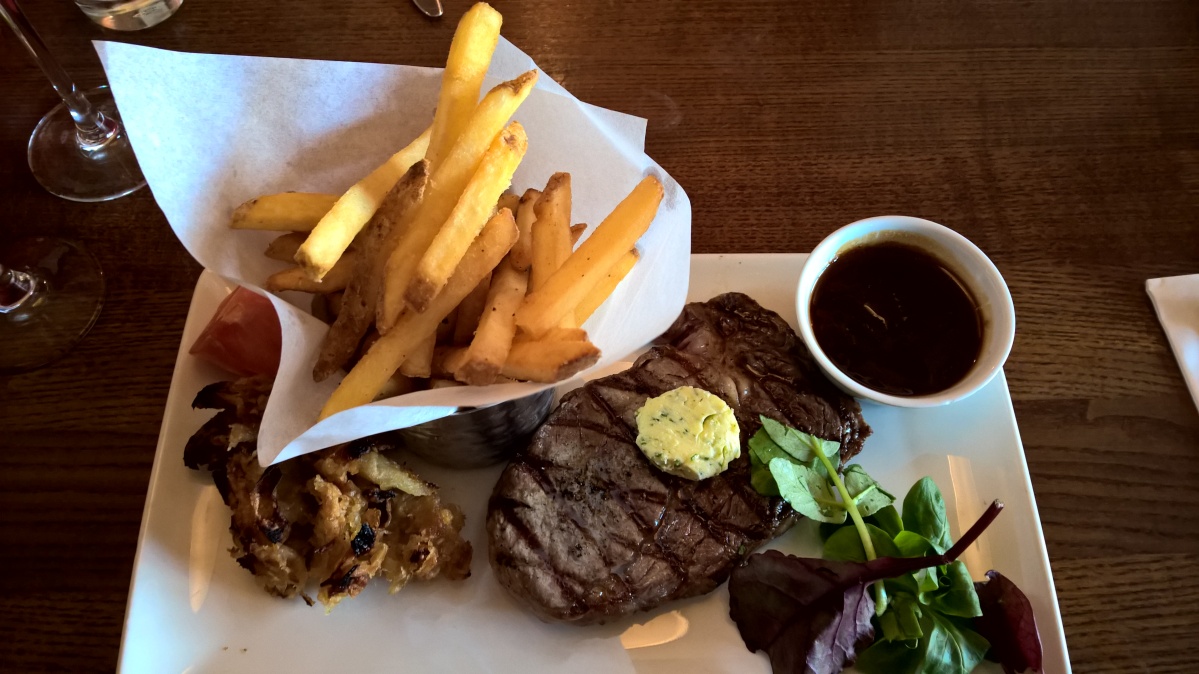 Everyone knows Miller & Carter is known for its steak and it was clear why from my meal. I went for an Australian aged rib eye which had an impressive flavour with lots of fat content, just how I like it. It was cooked well with some caramelisation from the flame grill which all added to its deliciousness.

I couldn’t just stick to steak though, so I went for a side of lobster mac & cheese to make myself a cheddar infused surf & turf! 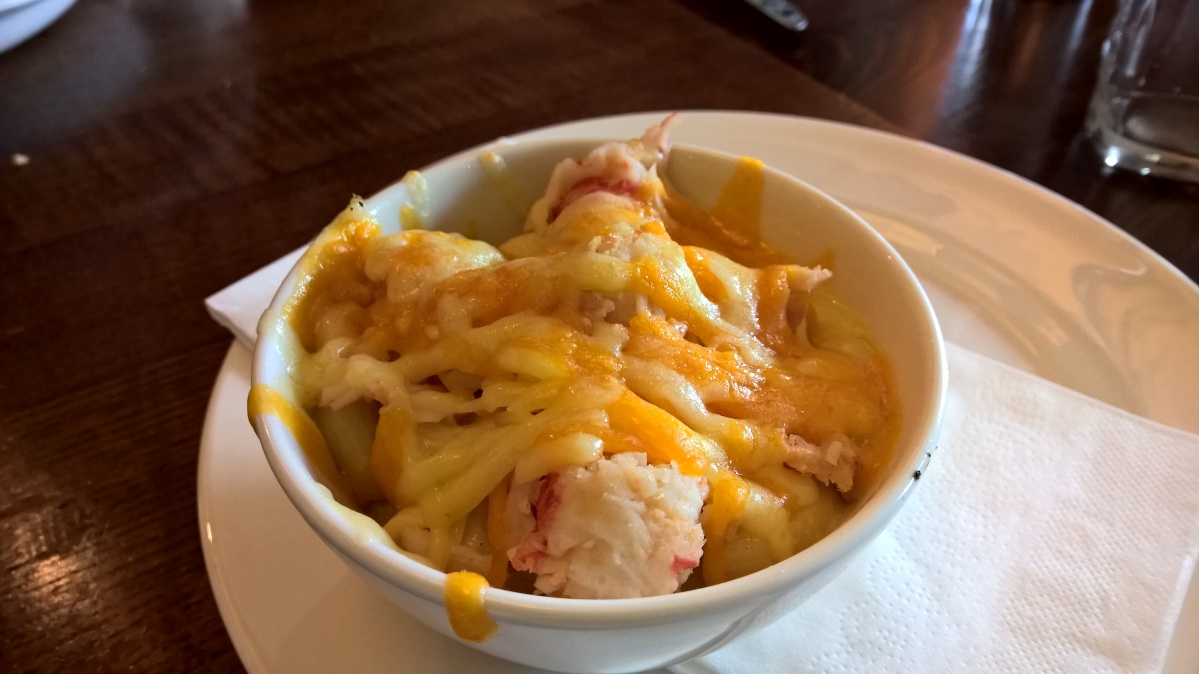 The mac & cheese was stupidly cheesy, but so good. In actual fact I felt like the lobster was overpowered by the cheese a little, it almost didn’t need it to be a great dish, but I devoured the lot nonetheless! Yum.

Since I started commuting from Birmingham to Nottingham for work, I’ve tried to make an effort to get to more places in Nottingham to review. Nottingham has a vibrant independent scene with loads of bars and restaurants. Zapp Thai opened last year and has been getting some good reviews, so I went with a colleague for a pre-show dinner to check it out. 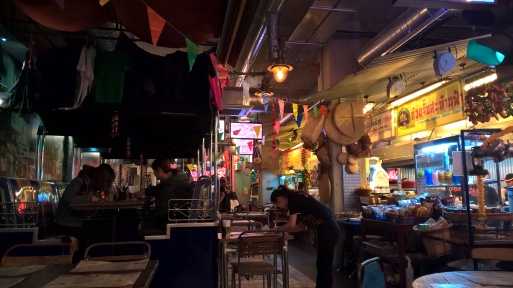 The decor is probably as Thai as you can get. The whole place is painted yellow, Thai advertising signs adorn the walls and all the staff seem to be Thai too. There’s even a Tuk Tuk in the middle of the restaurant and a Thai train at the back! The menu is full of Thai street food style dishes which all sounded great to me.

I ordered Sa La Pao Moo Daeng to start with, which consisted of steamed buns filled with red pork, very similar to Char Sui Bao in Chinese. They came served in a crock pot with a lid so all the steam escaped as you lifted the lid. Very theatrical! 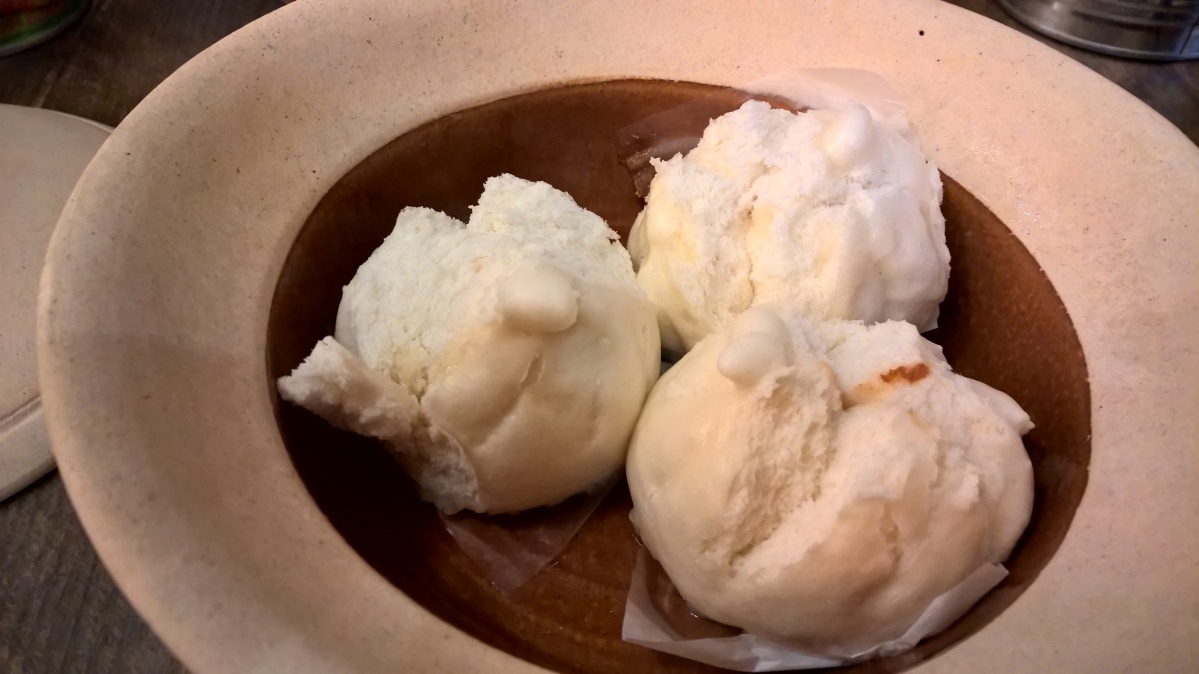 The buns were soft and sticky with a great sweet barbecue pork filling. I devoured them very quickly.

The dish was tasty with well cooked jasmine rice and pak choi, but in all honesty it’s quite hard to get roast duck wrong! There was plenty of duck too, but I would have preferred it if the skin was crispy, as the sauce had made it quite soft and chewy. I was so excited to find out what a brown egg was, hoping it was going to be an egg deep fried until crisp and golden, so I was somewhat disappointed to see it was just a boiled egg stained brown with soy sauce! It was a nice enough dish, but one I probably wouldn’t order again.

The night we went, we found service very slow too. Two tables that came in after us were served their mains before we were, and if we hadn’t mentioned it to the waiter I wonder if we’d have been forgotten, which wasn’t great!

I would like to go again though, as there were lots more dishes on the menu that I wanted to try, so maybe I will give them another chance soon.

I was invited to a special bloggers night at Resorts World Birmingham which I reviewed last week. Spoiler alert, it contained copious amounts of food, alcohol and fire! 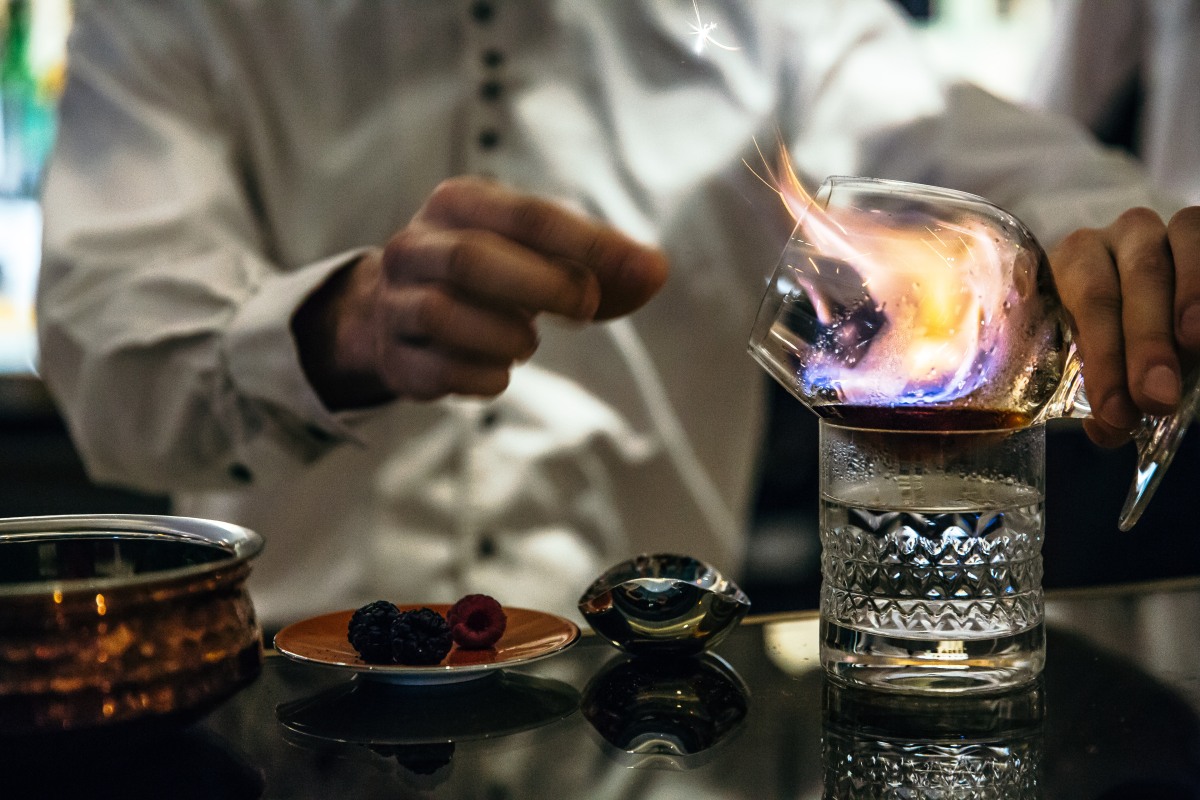 I also took great pride in organising my pantry at home, because I’m so rock ‘n’ roll…

And that’s my February in a nutshell!