The humble kebab. Staple diet of the student and the inebriated alike. Many foodies may turn their nose up at an offer to review a pop-up kebab joint, but when I was invited by Brum Bloggers to test out the Kebabylon pop up at 1000 Trades in the Jewellery Quarter, I knew this would not be the sort of greasy kebab you get after a night out on the town.

1000 Trades is a fairly new establishment in the JQ, famous for its craft beer selection and tap takeovers. The kitchen has played host to street food favourites Chilli Dog Dogs, as well as Baltic cuisine pioneers Two Cats Kitchen, and for the next 10 days it’s the turn of Kebabylon.

I arrived late having come straight from work (story of my life!) to meet fellow Brum Bloggers Ting, Tash and Vicky. Very soon after sitting down, I was offered a drink and got a pint of seasonal beer from Salopian brewery, which was light and refreshing, much needed after a rubbish day at work. 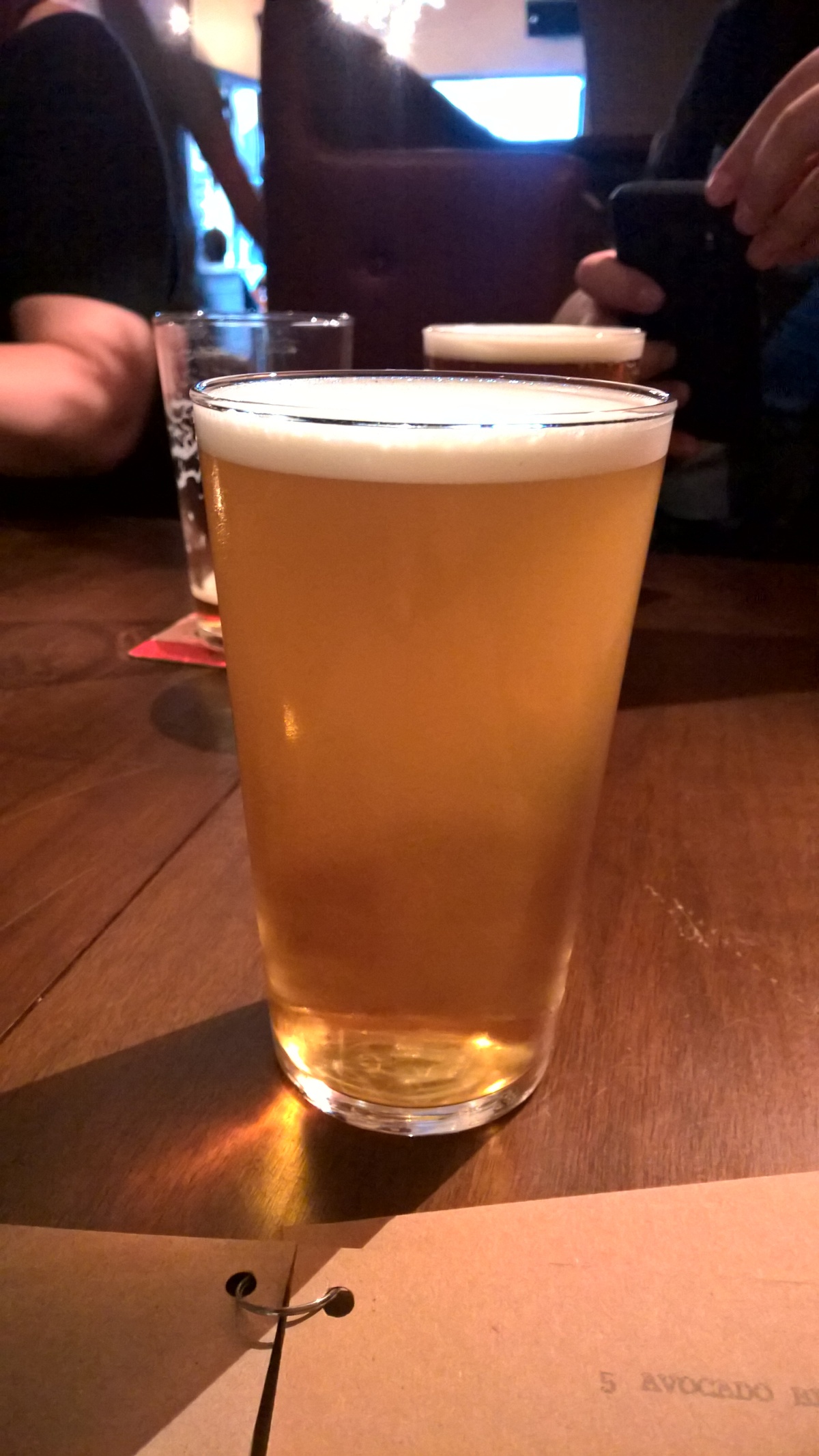 Vicky and Tash had already ordered and their food arrived as Ting and I were checking out the menu. Tash had ordered kebabs, sweet potato fries and baked avocados which looked amazing! While Vicky’s El Chapo kebab definitely attracted my tastebuds. I think Tash was pleased with her selection… 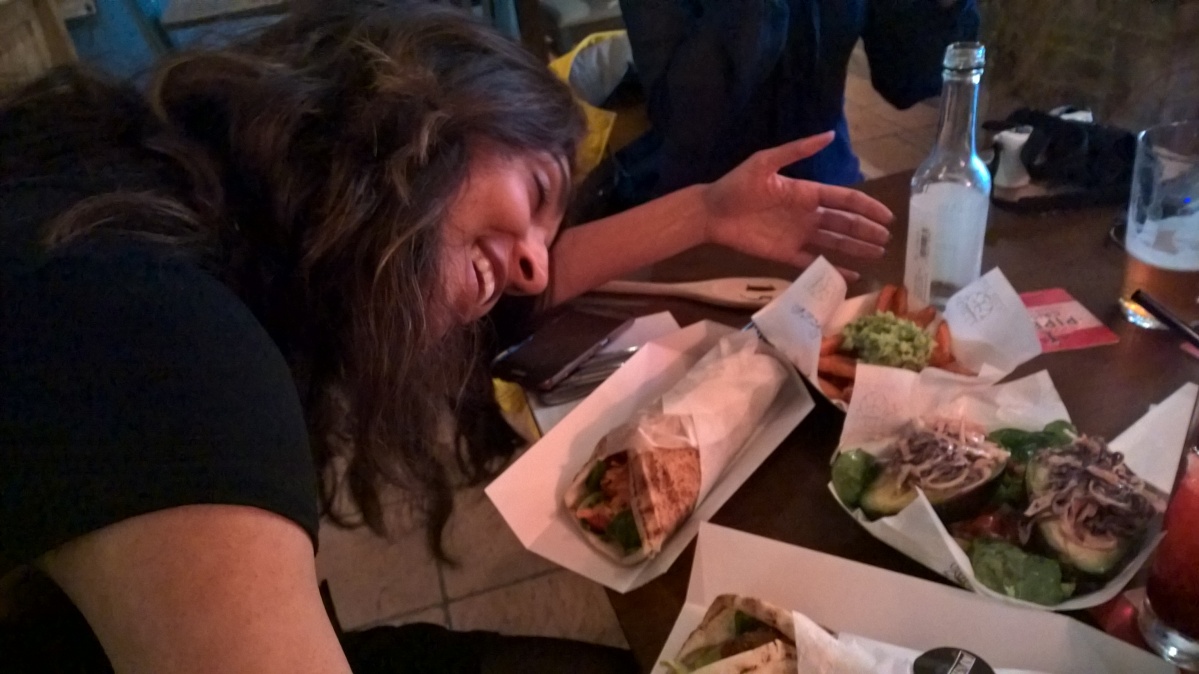 As I really wanted to try 2 of the kebabs, Ting agreed to share with me, so we ordered an El Chapo to have between the two of us, while I had a full size Mango No. 5 and a side of sweet potato fries and habanero slaw to myself. Everything is prepared fresh in the kitchen, which you can actually see into, so the guys were able to cater for Ting’s dairy free requirements with no problem. Here’s Simon posing uncomfortably in front of the kitchen!

There was a short wait for the food to arrive, and there was a LOT of food! The kebabs are big portions, packed with succulent marinaded chicken, and instead of stodgy naan bread they are served in thinner Lebanese flatbreads, which are much lighter. The Mango No. 5 kebab was really good, well marinated and cooked chicken, with sweet mango complimented perfectly by spicy jalapenos.

The sweet potato fries were crispy and very big, we all commented on how long some of them were! But the habanero slaw could have been hotter for me. 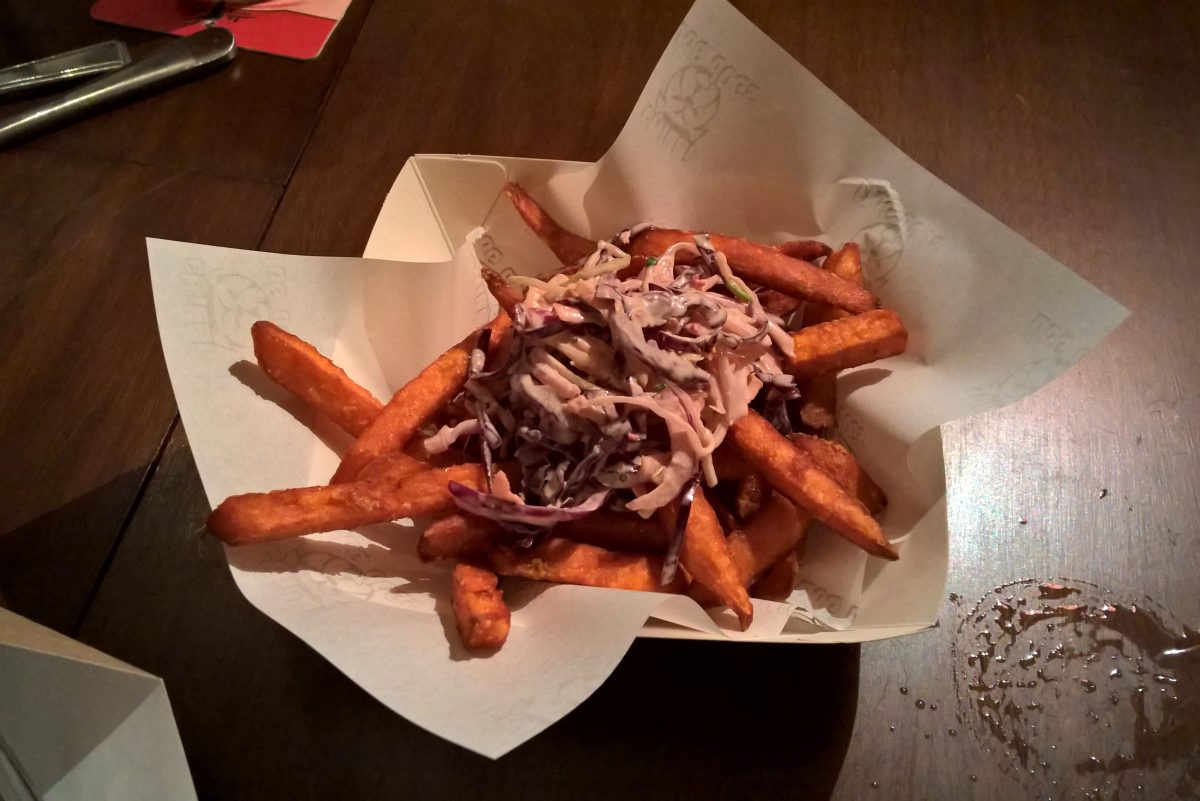 The real star of the show was El Chapo though. It was spicy, smoky, crunchy and tender all at the same time, the combination of textures and flavours made this really satisfying, and I would most certainly get this one again next time! 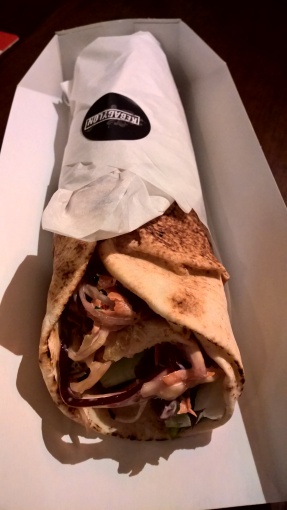 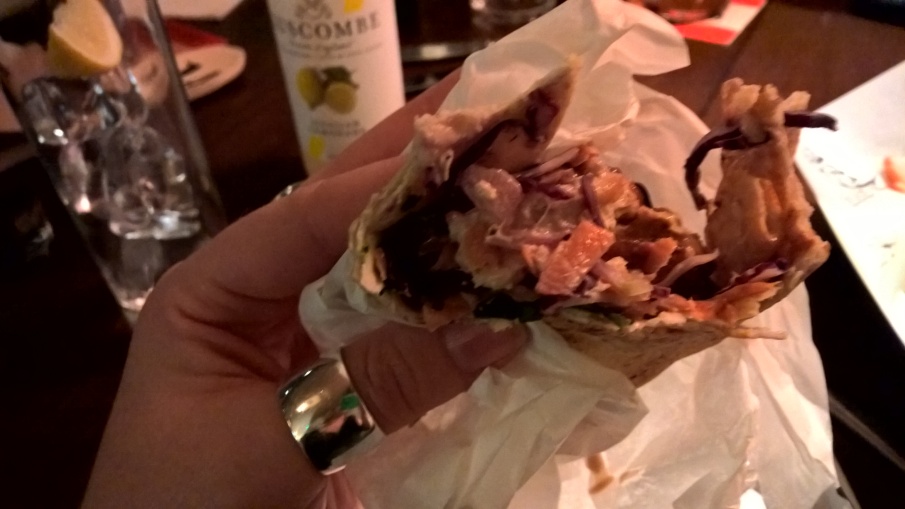 To finish off, we had Wild Beer Co. Millionaire Stout, which was described as ‘pudding in a glass’ and tasted like salted caramel. It was bloody delicious and a great finish to the meal.

I felt thoroughly spoilt by the guys at 1000 Trades and Kebabylon, and I’m desperate to go back to work my way through the rest of the menu! The pop up is on until September 18th, so head down soon, grab a beer and order your kebab with pride!

I was invited to 1000 Trades as a guest through the Brum Bloggers group. My meal and drinks were complimentary, but I was under no obligation leave a positive review. All opinions are, as always, my own.