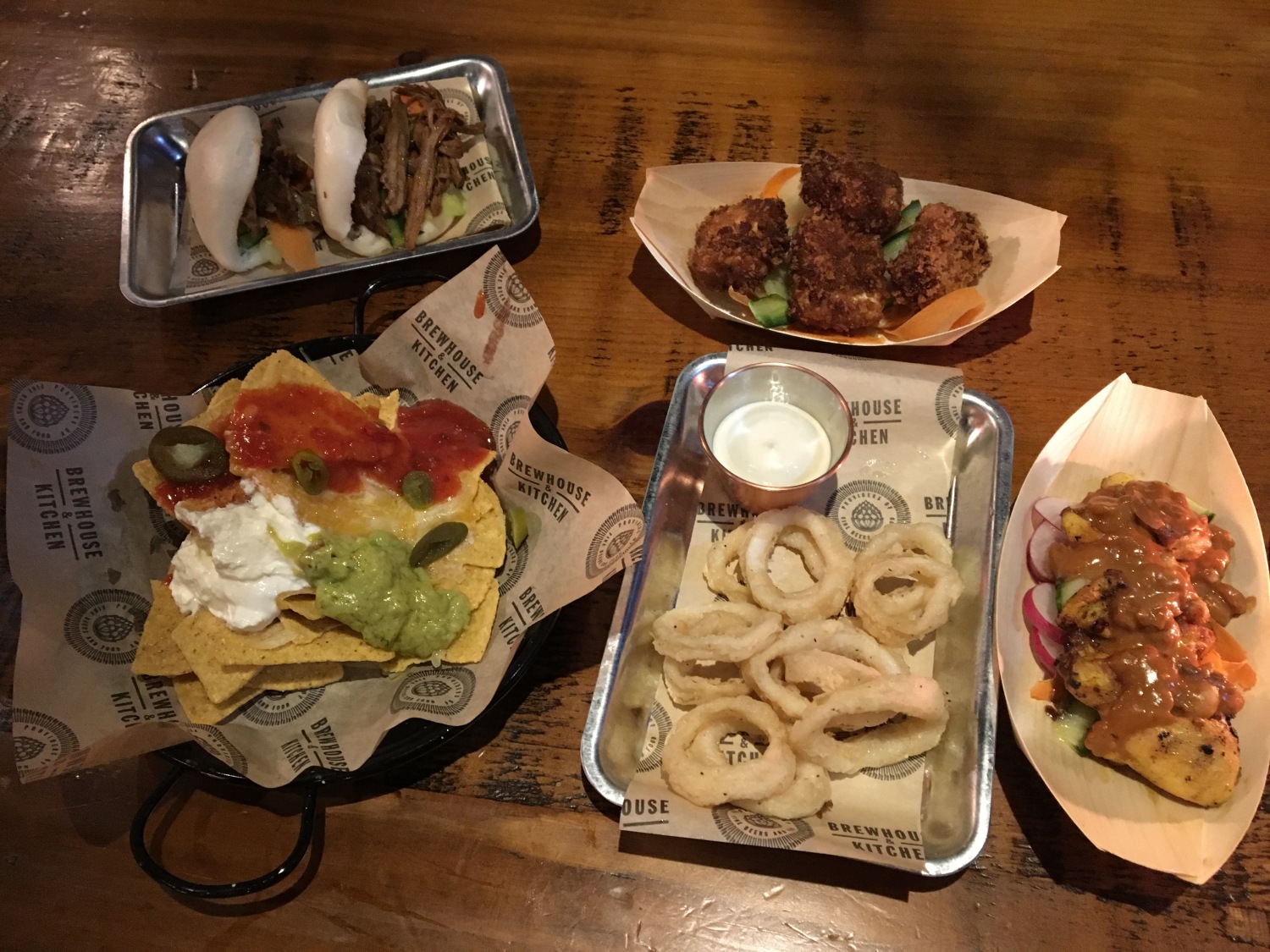 There are lots of things I love about Brewhouse & Kitchen Sutton Coldfield. Their fantastic, locally brewed beers. Their impressive bottled beer selection. The beer-inspired decor and roaring wood fire. The only thing that lets them down is the food.

I’d had a not-so-great experience with food at Brewhouse & Kitchen before, and with so many dining options in Sutton I’d just decided not to eat there again. However, I kept seeing their adverts on Instagram for their new menu and decided to give them another try.

Tempted by their selection of small plates, including fluffy looking bao buns, Steven and I popped in on a weeknight for a beer and bite to eat.

Beers were, as always, on form. Steven had a pint of Black Belt, a chocolatey porter from the B&K range. I went for a Beavertown Neck Oil IPA, which went down marvellously.

I wasn’t sure what to expect, as the last time we’d dined there we had been disappointed, and unfortunately we kind of were again. 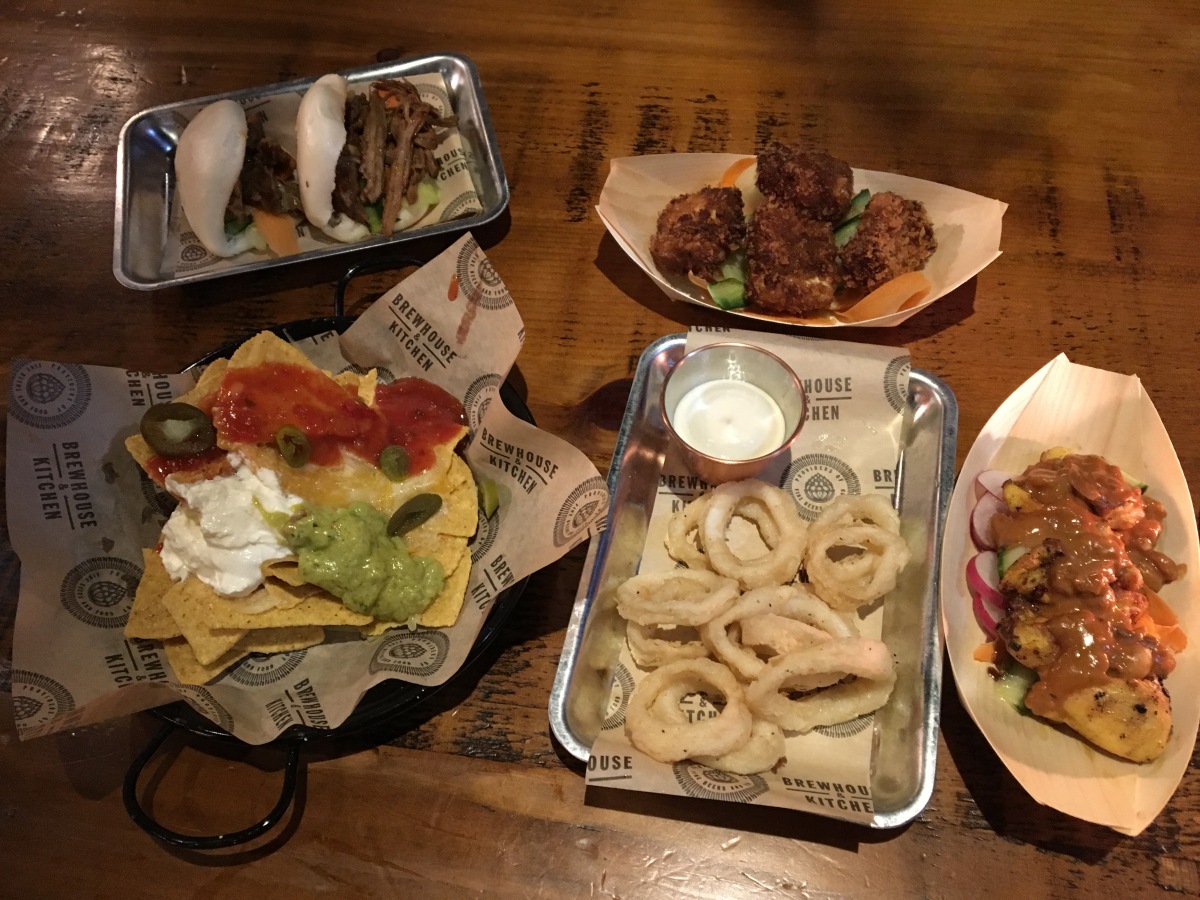 The portion sizes were good for snacking with drinks, but none of the dishes really impressed, and one or two were thoroughly disappointing.

The best of the bunch was the satay chicken, which was juicy, had a lovely chargrilled flavour and a sweet peanut sauce.

The calamari were slightly anaemic looking and a touch rubbery, but not too bad. It’s just a shame that they couldn’t compare with the calamari served over the road at Quinto Lounge which are much better.

I had high hopes for the bao buns, and while the pulled pork was tasty, the Asian slaw was just shredded vegetables with no dressing, and the buns themselves were a little dense and sticky compared to the light, fluffy buns I’ve eaten before.

The two really disappointing dishes were the Korean barbecue tofu, which was really bland and didn’t seem to have any sauce on. Korean barbecue usually has a sweet, sticky, spicy sauce over crunchy fried chicken or tofu, and it just seemed to be missing from this dish.

The nachos though really made me sad. They cost £6.00 for the smaller of the portion sizes without the beef chilli, but what arrived were packet nachos with guacamole and salsa that tasted remarkably like the Old El Paso ones you can buy at the supermarket.

I wouldn’t expect these to be the kind of homemade Mexican nachos like you’d get at Los Banditos Boldmere, but homemade guacamole and salsa are so easy to do, I can’t understand why these weren’t made fresh in the kitchen.

We didn’t send any of the dishes back as it seemed pointless. Although they weren’t great, they were edible and the kitchen hadn’t done anything wrong, but that said, nobody came back to ask us if everything was OK with our food, where I would have voiced my disappointment had I had the chance.

I appreciate that what Brewhouse & Kitchen really specialises in, is locally brewing great beer, but when you’ve got Kitchen in your name, I really do expect better food. Their idea of matching beers with dishes on the menu is also unique and something I really appreciate, as I love to try new beers especially with food, so it’s just a real shame the food falls so short for me.

I’ll happily continue going to Brewhouse & Kitchen Sutton Coldfield for drinks, but I doubt I’ll bother with the food again. Sutton Coldfield may be a small town, but when there’s so much great food literally on the doorstep, B&K need to up their game for me to eat there again.